I thought I would send our April 2016 Animation Company Update a little earlier this month.  As some of you might know my wife and I have a little baby girl due May 1st, so incase she decides to come early I’m trying to clear my schedule towards the end of the month as much as possible. I have also had a ton going on with the company, so there is plenty to update all of you on.

Bink:
We are getting into the final stages on finishing the first episode.  We are still working on final lighting tweaks, and surfacing/fur adjustments before we start final rendering.  To give you an idea on how long rendering can take we rendered a test frame, and it took 3 hours for it to render.  If you do some quick math based off of this you come to a very scary answer.  Our short is only 30 seconds in length, and we are doing 24 frames a second.  For all you artistic people like me who suck at math, there are a total of 720 frames in the entire 30 second short(someone please check my math, seriously I’m bad).  If each of those frames take 3 hours to render it will take us 2,160 hours to render them.  Which means it will only take us around 3 months to render everything.  Yikes!!!  The good news is not all frames will take 3 hours, and our amazing lighter Graham Cunningham is working to bring down those render times.  We will also have multiple computers rendering the frames which will divide the amount of actual time it will take.  With all this said we are currently aiming for a middle of May release. 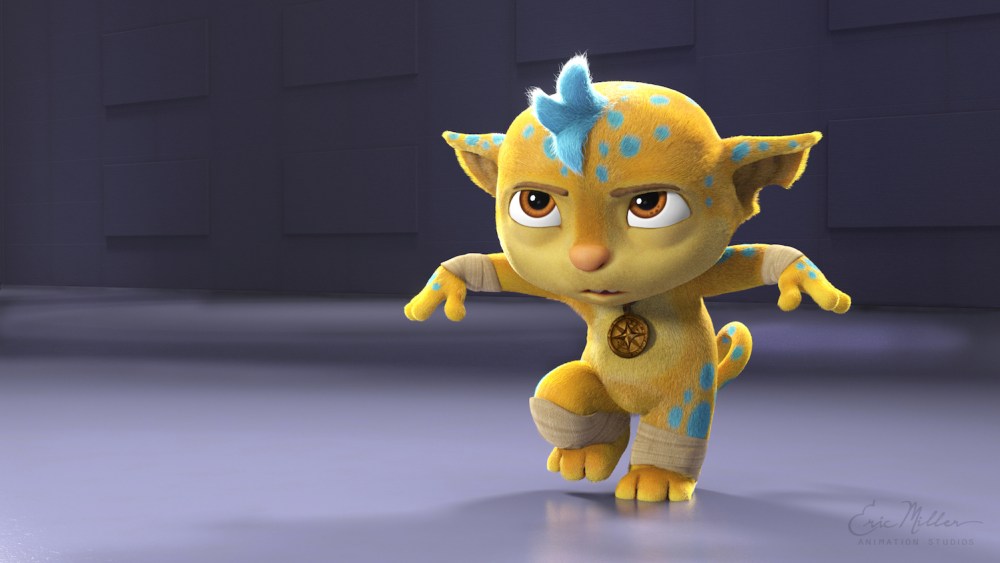 Articles:
Other exciting things going on around Bink is we are getting some attention from the press.  We already have two articles which are being written, one planned for a later date, and 2 which are interested but want to see the short first.

The first article which will come out is from my alma mater’s Alumni Magazine.  They like to do articles about their alumni, and what they are doing after college.  We are expecting to see this article out near the end of April, and I will be sure to share it with all of you when it comes out. Check out The University of Toledo Alumni Magazine to see past articles they have done on other alumni.

The May 15th issue of 3D World Magazine will have a feature article about Bink which I’m very excited about.  They are the world’s best-selling magazine for CG artists which will give Bink, the company, and the crew a lot of great exposure.  They also want to do a second article in the next issue(June) which will be a tips and tricks article about the animation of Bink.  Having both these articles will give us exposer both before and after we release the first episode.  I’m excited to get to share Bink with as many people as possible.

Both Animation Magazine and Cartoon Brew said they are interested in doing an article about Bink, but want to see it first.  I also plan to reach out to other magazines to try and create as much excitement as possible around Bink.

Project-MMM:
The animated web-series we are working on for our client is coming along nicely.  We are almost finished with the animation for the first episode, and about 30% done with lighting.  We have also started work on the 2nd episode, and currently working on modeling, surfacing, rigging, and storyboards.  I am directing and producing this first episode, but for the 2nd episode I will be focusing only on the producing.  I asked Jared White if he would take on the directing roll, and he happily accepted the responsibility.  He has been writing the stories, so he already has a great understanding of the world and its characters.  I’m looking forward to seeing where he will take it. 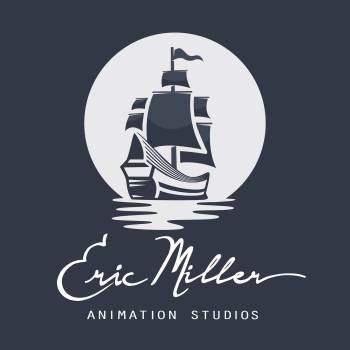 I had a new logo designed for the company.  While I still plan to use the more detailed logo in situations which allow higher detail I wanted something simpler for use in other situations.  For example printing a fully colored logo wasted a lot of ink where this newer simpler logo is more ideal in this situation.  I was using the silhouette cut out version, but this did not feel very clean and professional to me. I brought Samadara Ginige on board to redesign the logo, and I think she did a great job.  Let me know your thoughts on the new logo.

Store:
If you are subscribed to the companies Newsletter you would have seen we now have an online store to sell merchandise(if not you can subscribe at the bottom of the company’s website).  I have a few things on there now, but plan to keep adding to it. I setup the store through Spreadshirts.com, since I did not want to worry about keeping inventory.

The goal for the store was to give people a way to buy company merchandise while keeping the costs as low as possible.  The markup on each shirt is at most $2, but mostly around $0.33, and I only added a markup to keep the sales price ending with $xx.99.  While I think my little animation company is amazing I’m not expecting thousands of people to flock to the store to buy our merchandise.  In order to make money off the merchandise I would either have to buy in large quantities to get the bulk discounts which would allow me to keep the prices low, but increase my margins.  Or I would have to increase the price of the shirts to increase the margins, but who wants to buy a $50 t-shirt?  I instead decided to keep the prices low, and not take much(if anything) on the sale.  If I find a certain shirt is selling in high quantities I might buy it in bulk to decrease my costs and increase my margins, but for now I just wanted to offer some cool Eric Miller Animation merchandise to those loyal fans(thanks Mom and Dad).

Please check out the store and let me know what you would love to see in it!

Well, this about covers everything we have going on.  I hope you enjoyed the update, and please let me know if you have any questions or suggestions for me.