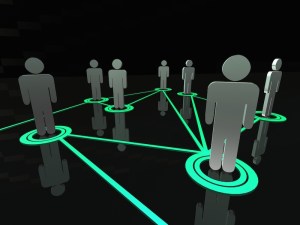 I went to a networking event last night that is put on by the Producers Guild of America called Thirsty Thursday. Once a month they pick a bar in the Los Angeles area for members of the guild to gather, share stories, make connections, and build friendships. I have gone to a few now and it is always interesting to talk with other producers in different areas. I have met producers in film, TV, New media, and video games to name a few. The majority of the people I meet at these events are reality TV producers.  I’m not sure if there is more work in that field, or if the reality TV producers just like to drink more then the others.  The interesting thing is of all the different producers at these events, I’m always the only animation producer there. At first this might seem like it would not be very beneficial for me to go to these events, but I feel it is an amazing opportunity for me. I have no competition there, so if any of these producers ever need animation, VFX, or graphics for any of the projects they are working on, they will hopefully remember me. I even write “Animation” under my name on my name tag to help people remember what I do. I’m perfectly fine being known as the animation guy in the Producers Guild community.

“Personal relationships are always the key to good business. You can buy networking; you can’t buy friendships.” ~ Lindsay Fox

I have always been a big believer in the importance of networking, especially in this industry.  You never know what connection you make will lead to your next project.  In my first blog post I mentioned there was an interesting story on how I transferred from DreamWorks Studios(DWS) over to DreamWorks Animation(DWA). When I wrote my original blog I was not mentioning where I was working, and could not give the story without giving that detail away.   I feel this story is fitting since it shows the importance of what a strong network can do for you, and your career.  In 2007 I was a PA in facilities at DWS, and they were about to start filming on Indiana Jones and the Kingdom of the Crystal Skull. In-between films Spielberg has one PA that works in his office doing grunt work.  Once they start up shooting on set the PA goes with him, and they hire a new PA to support the office.  After the shoot he helps the on-set PA get a job they are interested in, and the new office PA will then go on set for the next movie, and the cycle starts all over again.  Normally they promote the Head PA in facilities to become the next Spielberg office PA, but they like to interview all the PA’s just to meet them.  His assistants are the ones that did all the interviews, and when I interviewed for the position they told me about this position being on this short term cycle, and wanted to know where I wanted to go after the position ended.  I mentioned that my goal was to get into animation, and they smiled and said, “well, we know a few people in animation”.  A week after the interview I got a call from one of Spielberg’s assistance to let me know that they would be giving the position to the current head PA, but if I ever needed a recommendation to let them know.  I was also told that I would be promoted to the head PA position in facilities to fill the vacancy of the last one being moved to Spielberg’s office.  This got me motivated to try and get over to animation, and I met with a recruiter at DWA.  Even though they share the same name they are no longer the same company.  At that time DWS was owned by Paramount, and DWA was its own publicly traded company.  You still had the big 3 that started the companies; Steven Spielberg, Jeffrey Katzenberg and David Geffen (forming the SKG present on the bottom of both studio’s logos), and were still involved with both studios.  I digress… The recruiter at DWA told me about several positions that were available, and one of them stood out to me.  It was for the central coordinator on their first stereoscopic animated film call Monsters vs Aliens.  I told her that I was interested in that position, and she said she would send my resume over to the producers.  It was a few days later that I got an email from the recruiter telling me that unfortunately the producers were looking for someone with more experience.  It was very discouraging to get this news, but luckily it did not last long.  15 minutes after I received the first email I received a second one from the recruiter.  This time it simply said, “Spielberg’s office called the producers on Monsters vs Aliens, and they now want to meet with you.”  So thanks to my connections I was able to get the interview, and eventually the job that started my almost 7 year career at the studio.

In closing, I wanted to touch on the great loss the world had this week with the death of Robin Williams.  It is very shocking, and sad to hear about it on Monday that someone with such great talent had to leave us so early.  My first exposure to his genius was his role as Genie in Aladdin, and I instantly became a fan.  He entertained us with his comedy, and the characters that he created.  He was an inspiration to many, and he will be missed.