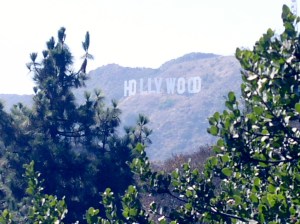 This last Tuesday marked my “Ninth California Anniversary”.  On July 29th nine years ago I drove into the state of California starting a new life in The Golden State.  Every year on my “California Anniversary” I reflect on where I was at in my life then compared to where I’m currently at.  When I moved out here I did not have a job, and only had a temporary place to stay on the bedroom floor of a friend from high school.  I had no experience in animation, and none of the studios I applied at would even give me an interview.  It was very scary back then, but also invigorating.  I left everything that was familiar and safe to start something new, and it was an adventure. Those feelings I had 9 years ago, are very similar to the feelings I’m having now.  This last year has been a huge change for me, and nothing is familiar or safe.  We bought a house, had a baby, I got a new car, left my job, and started my own company to name the big ones.  I hope that this year will be another step forward, but I know that sometimes you have to take a step back to get a running start.

Now that I’m a father I have also been thinking a lot about my childhood, and all the great memories I had growing up.  One of things I remember is watching Saturday morning cartoons. I believe, like many kids, that this is where my love for animation came from.  One of my favorites was the Adventures of the Gummi Bears, but there was a lot of great cartoons then.  Recently while hanging out with my nephews I started to notice the shows that they were watching, and what was even available for kids to watch these days.  It seemed to me that many of the cartoons that are on now are cheaply made, and somewhat annoying to watch. At first I thought maybe my memory of the shows I watched were better then what the shows actual are.  So I pulled up an old episode of the Gummi Bears up on YouTube, and watched it with my son.  I felt it was just as good as I remember it being, and only made it more obvious that many of the shows today are pretty bad.  I have not done a lot of research looking for good cartoons that are on, so please let me know if you have any favorites in the comments.  But from what I have seen of today’s cartoons and kid shows, I’m not impressed, and not excited for what is available for my son to watch.  I would love to eventually be able to make some quality cartoons that I would be proud to have my son watch.

This week has been once again pretty busy for me.  There is always more I want to get done then there is time to do it.  The commercials I’m working on have been keeping me busier then I thought they would, but they are turning out really well.  I can’t wait until we can show them to everyone.  We will be working on them through the end of August, but some of them might be released earlier. I was approached with an idea for an original animated short that I was asked to help produce the animation for.  The script is now in a place they are happy with, and we will be starting that sometime next week.  I’m excited to get to work on that project, and I hope it turns out well.  On Tuesday I got to visit a friend of a friend who has been running a post production company that specializes in motion graphics and visual effects.  He converted his 2 bedroom apartment in Studio City into a boutique visual effects house.  In the living room he had at least 4 workstations, 2 in the 2nd bedroom, and 2 more in his bedroom next to his bed.  It was very inspiring, and reminded me of the stereotypical companies that were started in a garage.  I met with him and 3 of his partners that he brought on to help him.  He has put a great team together, and they are doing some pretty amazing work.  It was nice talking with them, and hearing about what they are working on.  They also gave me a lot of great advice, and pitfalls to watch out for.  Maybe in the future we will be able to find a way to work together, and help each other out.

Every year I plan to go to Comic-Con, but every year something comes up that prevents me from going.  This year with everything else going on I simply forgot to register for it.  Although I was not able to go I read a nice update from the animation panel on the animation industry. Information from the animation guild blog.

I thought this was very interesting with a lot of great information.  It would have been better to have heard it first hand, but maybe next year I will be able to make it to Comic-Con.