As this will be my last blog post in 2016 I wanted to do a Year in Review of how this year has been. Many of these things we have gone into greater detail in past posts, so this will just be a quick overview of the year. Overall it has been a great year.  We got to work on some great projects, and I got to attend some really exciting events.  The business was profitable, and we did a lot better then we did last year.  I’m very excited, and looking forward to what we will achieve in 2017.

On Saturday, January 23rd my wife and I attended the Producers Guild Awards show.  We had a really great time, and I’m glad she was able to come with me this year.  The award for Outstanding Producer of Animated Theatrical Motion Picture went to Inside Out producer Jonas Rivera.  The other nominees included; Anomalisa Producers: Rosa Tran, Duke Johnson, Charlie Kaufman, The Good Dinosaur Producer: Denise Ream, Minions Producers: Chris Meledandri, Janet Healy, and The Peanuts Movie Producers: Craig Schulz, Michael J. Travers.

This is a preview of Award Shows and Shareholder Meetings: The Joys of Animation. Read the full post (621 words, 2 images, estimated 2:29 mins reading time)

I think now is a good time for our animation company update for this month.  I have been crazy busy, and it seems like we have had a lot happen since last month.

Bink
Work on Bink slowed down during the holidays, but we are now moving along nicely.  We are still testing fur on Bink, and trying to figure out how to solve all the technical difficulties involved in getting it to look right.  We are finishing up the surfacing on the lab environment, and moving quickly on the animation.  We are now at a point where we can record all final dialogue, and start working on sound design and the underscore.

This is a preview of Our January 2016 Animation Company Update. Read the full post (868 words, estimated 3:28 mins reading time)

As this will be my last post this year I thought I should do a 2015 Year-End Review of how the year went.  This year was the first full year in business, since 2014 I was only in business for half the year.  I would like to take a look at where I was at this time last year, and compare it to where I’m at now to see what I have accomplished.

This weekend was the Producers Guild of America’s annual Produced by Conference.  This is a conference for producers, and has a lot of really great panels, mentoring, and networking opportunities for members of the guild.  This was my second time going to the conference, and I wanted to share my experience with all of you.  If you are interested in reading about last year’s conference you can do it here.

This weekend I attended my first Hollywood awards show.  It was the 26th Annual Producers Guild Awards at the Hyatt Regency Century Plaza Hotel.  I imagined it would be an unforgettable night of hanging with celebrities, and dressed impress.  It was an unforgettable night, but I would throw it more in the learning experience category. 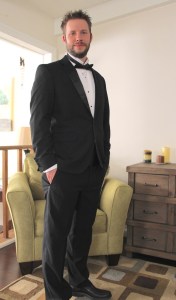 I have a lot to learn before I can consider myself a veteran awards show attendee, but overall I was still glad that I went. Let me share with you some of my experiences, and what I have learned.

The week of shooting is now over, and I think it went really well besides my feet being a little sore from standing all day.  We shot Monday thru Friday, and the hours were roughly 7am to 7pm each day.  So that is a lot more standing then I’m used to, since lately I have spent a lot of time on my butt in my office chair.  My office now looks like a toy store from the toys we brought back to use for the VFX work, and I have a lot of paperwork to sort through.

This is a preview of Shooting Week Done, Now We Add The Magic. Read the full post (519 words, estimated 2:05 mins reading time)

This week has been a pretty busy, so I was not able to finish the article I was working on, so instead I thought I would give a quick update on this week.

This is a preview of A quick update on this week. Read the full post (497 words, estimated 1:59 mins reading time) 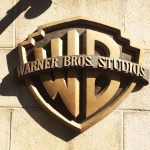 This Sunday I attended day 2 of the Produced by Conference that was held at the Warner Bros. Studio lot.  It was a great experience, and I’m very glad I was able to attend.  The Produced by Conference is a conference for producers by producers, and is put on each year by the Producers guild of America.  This is the 6th year of the conference, but only my first year going.  It is made up of different guest speakers and panels of industry experts, and I signed up for 4 panel discussions that I would like to share with you.

This is a preview of Produced by Conference. Read the full post (1661 words, 5 images, estimated 6:39 mins reading time)