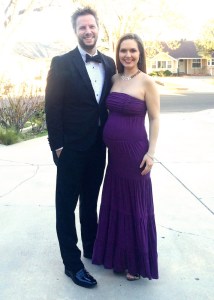 This last Saturday evening my wife and I attended the 43rd Annual Annie Awards which was in Royce Hall on the UCLA campus. I could tell you about who won what awards, but you can find that out in many other places like here.  Instead I want to share my experience of attending to the Annie Award show.

I have never been to the Annie Awards, so I figured I would get general admission tickets to check it out before investing in the VIP tickets another year.  Before I was able to get tickets the attorney for Eric Miller Animation Studios, or as he calls it EMAS, said he had two extra VIP tickets and wanted to know if I wanted them.  Free VIP tickets are always a better option, so I quickly said yes.

We had really great seats on the main floor very close to the stage.  I felt a little special since we were closer then most of the people who were actually winning awards.  I kept seeing myself on the video screen as the winners walked by us on their way to accept their awards.  This was a different experience then at the Producers Guild Awards where we are put in the far back corner. 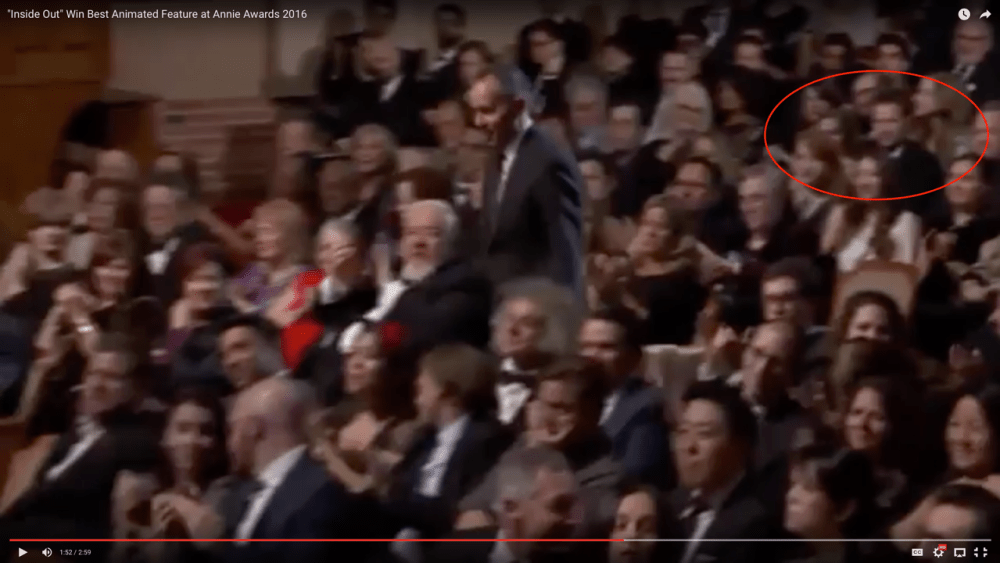 Overall it was a really nice event.  The Champaign reception before the award show was on a really nice outdoor patio.  The hors d’oeuvres were amazing, and my pregnant wife ate at least 5 sliders among other things.  She said the baby was really hungry, and I would not dare argue with her.

The award show was very interesting and I did not feel like it dragged on like we were warned about.  All the acceptance speeches were kept very brief, and it moved along very nicely.  I think it helped they had the presenters presenting several categories instead of introducing new presenters for each category.  This with the short speeches made it go much quicker then years past. 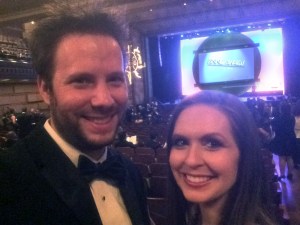 While the average person probably never heard of the people who won at the Annie Awards like the more celebrity winners of the Producers Guild Awards or Academy Awards, I found the Annie’s to be much more interesting since I actually knew some of the people who were nominated.  Many of them included people I have worked with on different movies during my time at DreamWorks Animation.

There also felt to be more excitement in the air, and the people seemed more down to earth.  I might be bias because I love my industry, and the people who are in it.  There are some really awesome, and amazing people in animation.  If you take one of the most talented people at the Annie’s and walk up to them and say hello, I bet they would actually talk to you.  I don’t feel that is the case with all the other people in other areas of entertainment.  I might be wrong, but at least this is the vibe I get.  Animation has really nice, down to earth, and fun loving people.

After the awards show we then got to go to the VIP Dinner and Party.  This was a great opportunity to congratulate the winners, and eat some delicious food.  My one complaint would be they only had a few tables and seats, so majority of the people were left hunting for a ledge to set their plates down on to quickly eat.  Luckily, my attorney was able to score one of the tables, so he invited us to join them.  We spent most of the after party sitting and talking with him and his wife.  I’m extremely impressed with my wife for being able to make it through the entire evening wearing heals while pregnant.

We had a really great time, and I’m looking forward to going again next year.  I plan to try and attend all the award shows in the future.

2 thoughts on “Experiencing The 43rd Annual Annie Awards for Animation”