I had a great time at the CTN Animation Expo this last weekend.  Not only did I get to see a lot of industry friends, but I also got to meet a lot of new people.  I also got to hear a lot of great discussions, and meet some of the animation legends. 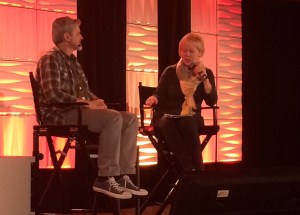 I had the pleasure to hear Ken Duncan talk about his studio that he started 8 years ago, and was excited to get to sit next to him in a “Meet Ken Duncan” discussion.  Ken worked at Disney for many years, and is best known for his female characters that he was supervising animator on.  This includes Meg from “Hercules”, and Jane from “Tarzan”.  I learned of Ken and his company Duncan Studio while working on the DreamWorks Animation’s Kung Fu Panda DVD featurette.  We were doing the CG bookend animation, while his studio worked on the 2D animation part.  I’m hoping for a chance to get to meet him for lunch sometime, and to see his studio.  Fingers crossed. 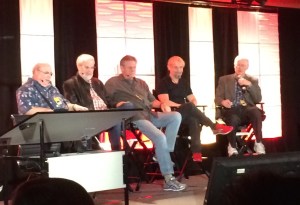 On Saturday morning I started my day out going to a tribute to the Late Robin Williams with film directors John Musker, Ron Clements, Jerry Rees, Bill Kroyer, and supervising animator Eric Goldberg.  They have all worked with Robin Williams, and they wanted to honor him by sharing their experiences working with him.

It was really great to hear them talk about their memories of Robin Williams.  When Jerry Rees was talking about his experience he talked about directing “Back to Neverland”.  For anyone that remembers the Animation tour at Disney/MGM Studios at Walt Disney World where you get to go on a walking tour through the animation studio you will have seen this.  Sadly the animation tour and the Florida animation studio is no longer around, but it was one of my favorite attractions.  It is also one that I worked at when I did the Walt Disney World College Program Internship my 2002 spring and summer semester in college.  The tour started out by everyone coming into a small theatre where they played “Back to Neverland”.  It had Walter Cronkite, and Robin Williams, and they turned Robin into an animated character to show you how animation works.  If you have not had the privilege of seeing it on the tour, I will include an extremely poor quality version I found on YouTube.

Working as a tour guide I had to introduce the film, and then watch it around 4 to 5 times a day.  I loved it and never got sick of it.  When I learned that Jerry Rees was the director, I was overly excited.  Later that day I ran into Jerry and John Musker, and told them about my animation tour guide days.  They were very nice, and I had a great conversation with them.  They were also kind enough to take a photo with me. 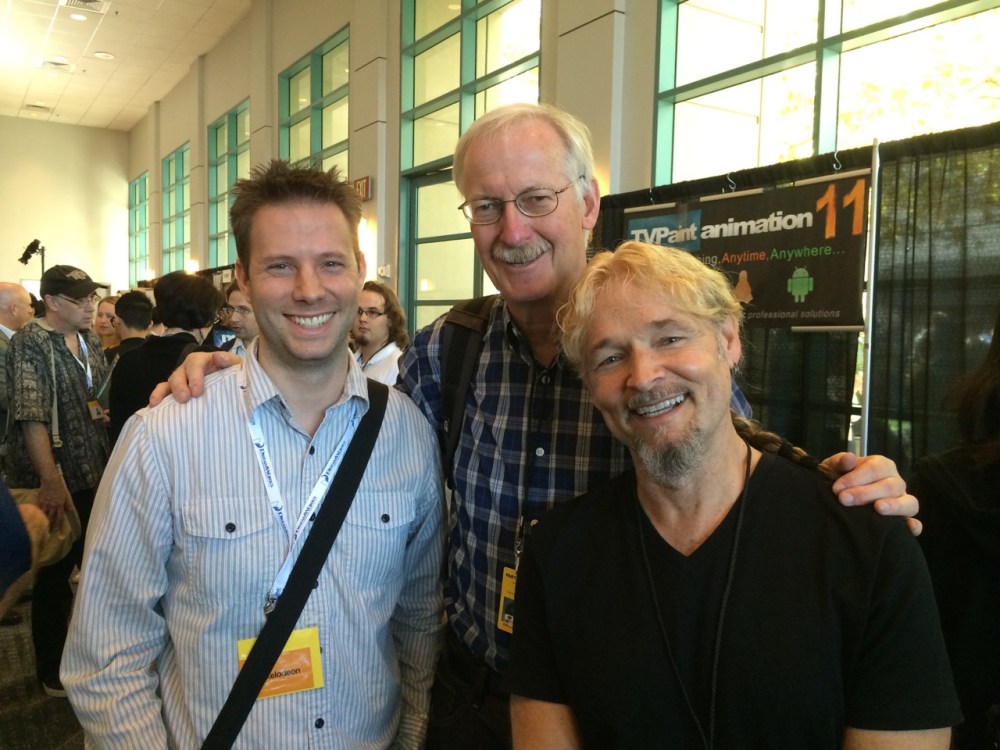 The rest of the weekend was a mix of going to different workshops, some of which were ones taught by friends of mine, and walking around on the exhibition floor.  It was really nice getting to make a lot of new contacts with artists, and meet some extremely talented people.  It was interesting that majority of the people I met were trying to get jobs at one of the major studios, and I’m the crazy guy that had a studio job and left on my own free will.  Maybe that is a sign that I’m a little crazy, but I’m okay with that.

One of the best things of the week was seeing these amazing projects everyone was working on.  It really inspired me to want to try and pull a team together, and make an animated short.  There were several people there that got their projects entirely funded by crowd funding.  I met animator James Lopez that did a Indiegogo campaign to raise money to make an animated short.  He raised almost 1/2 a million dollars so far which is enough money to make 4 animated shorts if not more.  I’m sure that is the exception to the norm, but it is still a fun thought to play around with.  In closing I had a great time at the conference, and I’m looking forward to going again next year.  Who knows, maybe I will get a booth for my company next year.

One thought on “An Amazing Experience at CTN Animation Expo”