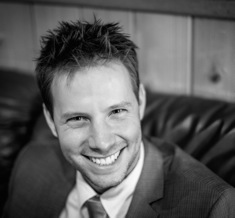 It took me several years, and a lot of hard work, to land a job at a dream company, but now I plan to leave. It was almost 9 years ago that I packed up my 1999 Toyota Camry with as much as I could fit in it, and left my home in Canton, Ohio for my new home in Los Angeles, California. My plan was to get a job at an animation company, and I knew this journey I just set off on was not going to be an easy one. I did not have a job, and barely had a place to live.  The only thing I did have was a hope that it would all work out. Within that first month I was able to find a less temporary place to stay in a spare bedroom of a friend’s sister’s apartment, and a job at an Apple Computer Store as a sales specialist. I wasn’t having any luck getting a job at an animation company, or even getting an interview for that matter. I was beginning to realize that my training in Ohio left me ill-equipped to land a position, and the reality that I knew nothing about this industry was starting to set in. In Ohio, where I went to college, my professors told me that if I wanted to become a producer in animation I would have to become an animator, and work my way up. After taking additional animation classes out here in Los Angeles at UCLA my professor asked me what I was trying to do. I replied “an animation producer”, which he replied back with “then why are you trying to be an animator?” He explained that I should be trying to get a job as a production assistant, and move my way up that way. This was a real eye opener for me, and I had to completely change my strategy. I now was trying to get a production assistant job, but that did not seem any easier than getting a job as an animator. To make things worse, my limited savings were starting to run out.  There was a few times I feared I would run out of money, and would be force to move back to Ohio. I would have to put my hunt for animation jobs on hold to take work that was not in the industry to pay the bills. I had several different jobs out here from cold-calling home owners trying to get them to refinance their mortgages to an assistant store manager position at Walgreens. I actually was making great money at Walgreens, but hated the job.  I made the decision to leave my position there to continue on my journey and take a risk of running out of savings.  Eventually I was able to get a position at a large production company, and that eventually lead me to my current position at a major animation studio. How that all worked out is an interesting story for another time, and a later post. I have now been working at this company for almost 7 years, and as mentioned I plan to leave.