This will be a short post, since my time has been extremely limited lately.  I wanted to take a moment to talk about my experience with creating the sounds of Bink.

While I love music I have never really had a lot of experience with it in regards to production.  Which made these recent experiences very interesting to me.  I was very lucky to get to work with some extremely talented people who could make beautiful sounds from my unclear thoughts.

Carl Johnson is a composer and did the underscore for this episode of Bink.  I met him at the Animation and VFX World Summit at the end of last year.  He has worked on some really great projects over his career, and you can check out what he has done on his website.

I wanted the music to have themes which would hint at Bink’s backstory of him being from a seafaring species who travel around the oceans and deserted islands.  So I was imagining more tropical type of music themes, but at the same time the short take place in a colder dark environment.  I was worried tropical music might not work for the shorts environment, but I wanted to give it a try.  The other challenge is the short is only 30 seconds, so it does not give much time for the music to build up.  The different themes for each character had to come and go very quickly.

I tried to express to Carl the feelings and the different themes as best as I could, and then I had to trust in his talent to make it work.  I sent him 3 Youtube videos to give him an idea of the type of music I thought might work.

At the same time we started on the underscore we also started on the sound effects. Early last year I found Kate Finan on LinkedIn, and reached out to her about working together on future projects.  Her and her business partner Jeff Shiffman also recently started their own company, Boom Box Post.  A boutique post-production sound studio.  We setup a meeting between the three of us to discuss how we might help each other, and I was so impressed with what they had going on.  I started to look for opportunities for us to work together on, and Bink turned out to be a perfect project for a collaboration between our two companies.

A few weeks ago I met with Jeff to do a spotting session for the first episode of Bink.  I thought I had a pretty good idea of the sound effects I wanted, but Jeff asked a lot of great questions to really get me thinking deeper about what I wanted.  He also brought up suggestions of things to add I did not even think of, but I felt would really add to the short. After the session it was left in Jeff’s hands to craft the sound effects for the world Bink was in.

The timing worked out perfectly because in a few days Carl finished the underscore which allowed Jeff to mix it in for the first preview.  It was great to finally start to hear everything come together.  Once I gave my final approval of the preview we were ready for the final meeting to review the mix, and this meeting took place this last Monday.  Jared White, the editor working on Bink, and I met at Boom Box Post to give our feedback while Jeff played with the audio levels to make everything perfect.

This process really gave me a better understanding and appreciation of how music and sound come together. I’m really excited for what the team was able to do with my unclear thoughts and hopes.  I’m looking forward to hear what all of you think of it when I release the first episode(aiming for end of March or early April). 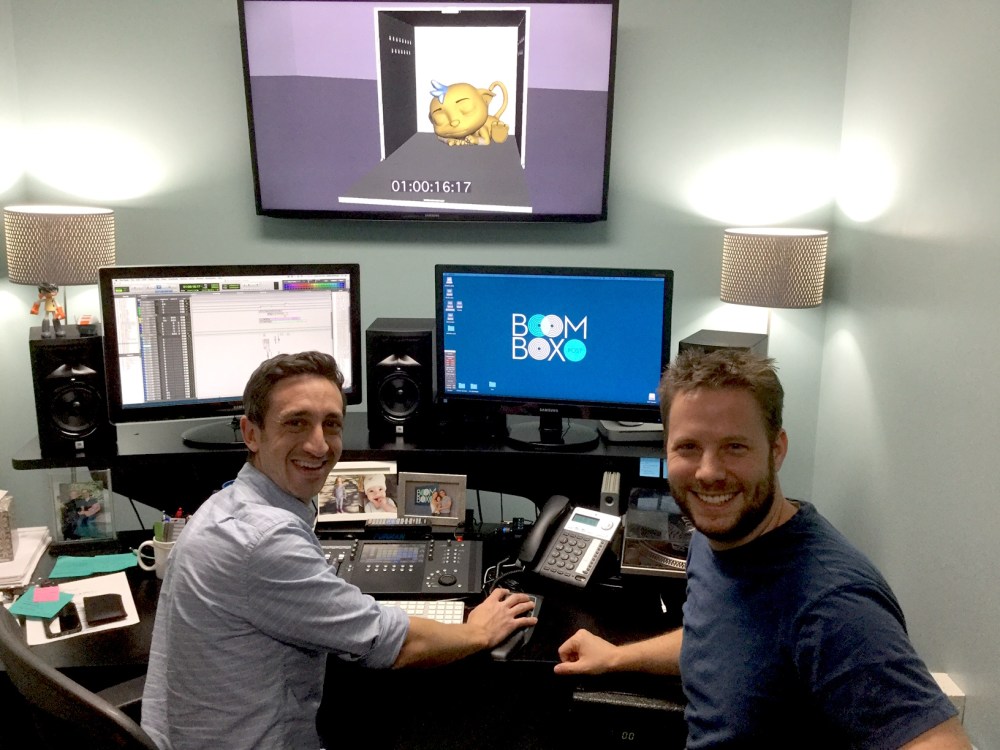