I had a great time this weekend at the CTN Animation Expo.  This was my second year attending and I could not believe how much it had grown since last year.  I heard in the last few years this animation expo has doubled in size.  It shows there is a desire for this type of an event, and you almost wonder if more will be springing up.

It was so crowded many of the panels, and workshops were hard to get into, and this was a little disappointing.  Often by the time you got to the line it was around the block and there was no chance you would make it in.  In addition to all the panels, and workshops there was also and exhibit floor where artists, schools, and studios had booths.  When I was not able to make any of the panels this was normally where I spent my time.  I really enjoy meeting artists, and seeing their work.  I was surprised by the number of concept artists there was this year.  Maybe artists with other disciplines did not get booths as much, but the majority of booths were of concept artists.

I thought the highlight of the event was the Rat’s Nest Reunion.  It brought together the Disney legends who all once worked together as animators.  They explained the origin of the name which came from the conflict between the old guys and the new guys.  A summarized version of the story is that after Walk Disney died the studios innovation slowed to a crawl.  According to the gentlemen in the Rat’s Nest, management was trying to think of what “Walt would do”, instead of being innovative.  As the senior A-team animators started to leave the studio the senior, but less talented B-team started to run the studio.  The Rat’s Nest was a small group of new animators that wanted to push the innovation to get things back to how it was, while the older animators did not want to rock the boat.  They continually discouraged pushing the limits, and kept creativity at an all time low, The difference in opinions was causing a divide between the two groups. As the older animators started to leave the Rat’s Nest(a name they were called by the older animators) started to have more influence in the movies Disney was making.  They are often credited for bringing the quality of Walt Disney animated movies back.  These animators included; Brad Bird, John Musker, Jerry Rees, Henry Slick, Bill Kroyer, and Dan Haskett.  Even if you don’t recognize their names you will know their work.  Click their names to link to find out more information about each. 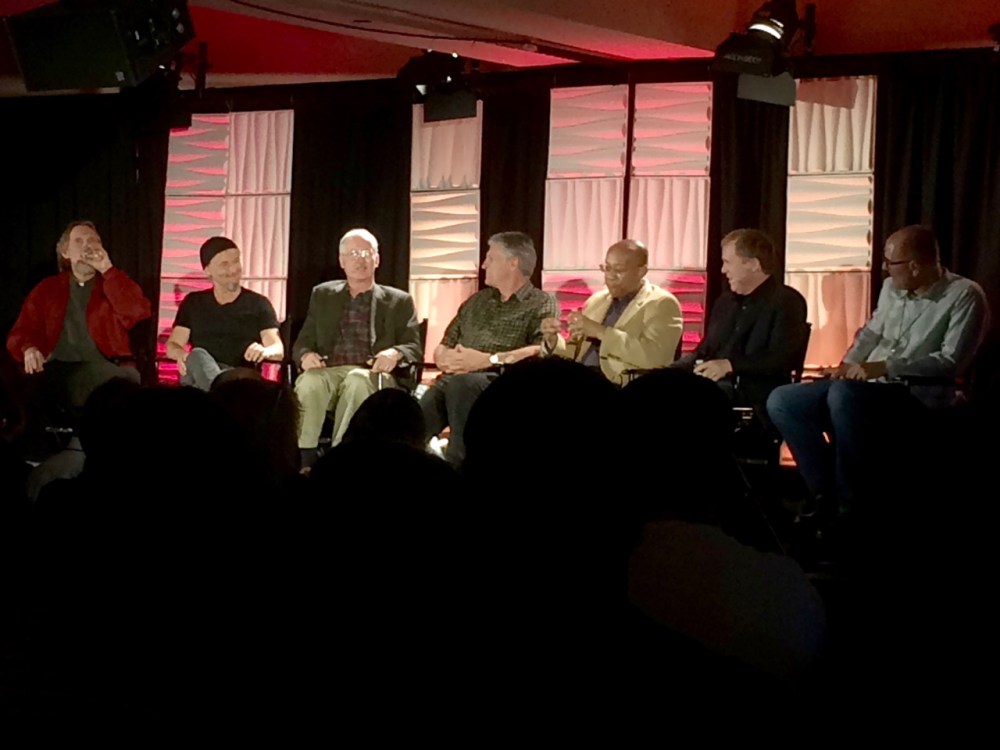 It was great hearing them all tell stories about their times at Disney, and seeing old photos and sketches. It was over 30 years since they were last all together, so it made it a very special event.

There were many other great events I was excited to see.  I saw some scenes from Kung Fu Panda 3, and it was extremely funny.  It was good seeing and reconnecting with directors Jen Yuh Nelson, and Alessandro Carloni.  I have not seen them since I left DreamWorks Animation.

I was also excited to see the panel of Tonko House.  It is an animation company which was started by two guys who used to work at Pixar.  Daisuke “Dice” Tsutsumi is one of the co-founders, and he was the presenter. They started by creating the animated short The Dam Keeper, and decided to start the company after they released it. I first heard of them last year at CTNX when they screened their short film The Dam Keeper.

Another very interesting workshop was presented by my friends Kate Finan and Jeff Shiffman who are co-founders of Boom Box Post.  Their workshop was called The Art of Animation Sound.  They showed how they add amazing sounds to their client’s project, and also gave an in-depth history on sound used in animation.

Overall this year’s CTNX was a lot of fun, and I learned a great deal.  I also got to meet a ton of really talented people.  Now I just need to find the time to go though this huge stack of business cards to reach out to all the people I met.  I did download an app on my phone which you can take a picture of the business cards and it pulls the data out and creates a contact.  It will save me a lot of time by keeping me from manually entering them into my computer.